Dr. Vinh Pham treats dozens of patients from New York City’s Rikers Island jail complex with hepatitis C and other infectious diseases. He knows their frustration with the process of accessing specialist care—and its quality.

Inmates can spend six to eight hours shackled in holding pens and sitting in traffic as they travel to NYC Health & Hospitals’ Bellevue campus for five minutes with a doctor. “That was frustrating for the patient because they went through this tremendous effort to get there and they could only have this very, very limited time to get their concerns addressed,” Pham said.

“The inmates just palpably seem more relaxed and satisfied with the entire encounter and experience than they used to. It used to be a very negative experience,” Dr. Vinh Pham, right, of NYU Langone’s Hospital for Joint Diseases, speaking with Dr. Zachary Rosner. Pham and his colleagues came up with a solution. Earlier this year, they introduced telemedicine to Rikers Island, which has some 55,000 inmates come through its doors annually.

Since the initiative began in May, 52 inmate patients have had virtual checkups and information visits with Bellevue’s infectious disease, gastroenterology and urology specialists. They allow Pham and others to spend up to 30 minutes with a patient answering questions and ordering treatment when necessary.

The inmates “just palpably seem more relaxed and satisfied with the entire encounter and experience than they used to,” Pham said. “It used to be a very negative experience.”

Demand for inmate healthcare is rising as the U.S. prison population ages. The number of incarcerated men over the age of 55 jumped 82% from 1999 to 2007, according to the U.S. Bureau of Justice Statistics. More than 18% of female inmates in 2011 were over 50 years old, and that proportion has grown faster than their male counterparts over the years. Female prison populations are also more expensive to treat than their male counterparts.

Prisoners are sicker than the general population. About 40% of prisoners report they have at least one serious chronic illness. Inmates are also at least seven times more likely to have a chronic hepatitis C infection. At Rikers, NYC Health & Hospitals estimates that 12% of the average daily population has hepatitis C.

Many federal, state and local correctional facilities are turning to telemedicine as a cost-effective solution for providing high quality care. Telemedicine first sprang up in prisons in the 1990s as a way to provide specialty care for prisoners without ramping up transportation and security spending, according to the U.S. Justice Department.

It’s taken longer for state and local jails to harness telemedicine, even though they incur more than 90% of the costs of corrections in the U.S., according to the Center for Economic and Policy Research in Washington, D.C.

NYC Health & Hospitals and Rikers are slowly and methodically rolling out the new technology. In May, the system funneled $650,000 into a pilot program. So far, only about a dozen doctors and patient coordinators engage in virtual visits, which are limited to infectious disease, gastroenterology and urology specialists.

“We have a broad aspiration to do more of this across services,” said Dr. Homer Venters, chief medical officer of NYC Health & Hospitals. “But when we start, we need to identify staff that are really going to champion this.” Venters previously oversaw New York City’s correctional health program for the Department of Health and joined NYC Health & Hospitals when the system took the lead on the program.

Pham is one of those champions. The section chief of infectious disease at NYU Langone Medical Center’s Hospital for Joint Diseases, Pham has treated Rikers Island inmates for eight years on an affiliate agreement between the health systems. “Vinh has been very dedicated to getting this project off the ground,” said Dr. Zachary Rosner, deputy director of medical services for NYC Health & Hospitals.

Pham has seen his patients warm up to the virtual visits. During a visit, Pham sits in his office at Bellevue with a two-screen setup that allows him to see the patient and his or her electronic health record. The inmate joins the video conference from a clinical space on the island. Unshackled and accompanied by a patient navigator, the inmate can ask Pham about their condition and options for continuing care after leaving Rikers. Guards stand watch outside the room for confidentiality and security reasons.

The goal is to give hepatitis C patients the tools needed to manage their infection, Pham said, even if they’re released earlier than expected. “I make it clear to the patients that this is about preventive health,” he said.

Hepatitis C drugs are notoriously expensive, costing up to $100,000 to for a year’s worth of treatments. NYC Health & Hospitals has budgeted $2.5 million in fiscal 2017 for hepatitis C drugs, and $5 million in the ensuing years. In addition, it has partnered with Merck to receive discounts on its new hepatitis C treatment, Zepatier. Those initiatives should help the health system triple the number of inmates who will receive the treatment.

The virtual visits have also been used in gastroenterology and urology to provide test results, pre-op visits and evaluations for inmates with conditions including mild anemia, Crohn’s disease, ulcerative colitis or difficulty with urinating.

Although Rikers’ telemedicine program has started small, the facility has a robust inmate intake program that could help NYC Health & Hospitals quickly ramp up telemedicine visits.

Upon entering Rikers Island’s jail, each inmate gives a complete medical history and gets a physical examination, no matter the length of their stay. Correctional health providers will flag inmates that could benefit from specialist care or even a telemedicine visit during this process, Rosner said.

The intake process is comprehensive and can include HIV testing and vaccinations, according to Venters. “It’s like a hospital admission,” he said.

For years, federal prisons have had a more robust telemedicine program than local and state jails do. Inmates in federal prison tend to serve much longer sentences and the Justice Department has supported using the technology for decades. An average stint at Rikers lasts 55 days, making it difficult for the local jail to even schedule specialist and telemedicine appointments before individuals leave.

In January, NYC Health & Hospitals formally took over the entire correctional health program for the city’s jails. Venters said that helped Rikers get its telemedicine pilot program off the ground.

“We were a health system on the outside trying to innovate with a whole other organization,” he said. “Since we came into Health & Hospitals, we’ve become a whole family.”

Rikers and the health system are looking at several possibilities for expanding its telemedicine program, including psychiatric consultations and other specialty services. It also plans to add additional NYC Health & Hospital campuses to the telemedicine network.

“I see this as just the beginning,” Pham said. “I’m very optimistic.” 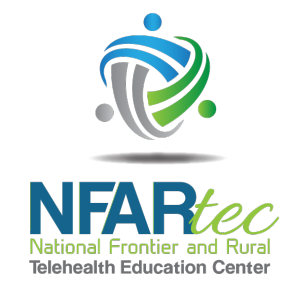